After the crazy lodging situation in Montenegro that got turned into one of the best hotel stays I ever experienced at Casa del Mare Amfora, I kinda was at odds on what I was going to do for the day. I had originally planned on spending the day in Kotor’s Old Town and possibly hiking up to the top of the fort. It turns out that there was an unintentional theme of this trip: if I saw a set of stairs, a hill, or even a slight bump in the road, I climbed it. It was a very walking-intensive trip. That being said, I decided to forego the insane amount of crowds in the Old Town and skip the gazillion stairs up to the fortress for two reasons: I am not a fan of huge crowds in foreign places because it makes me nervous and I am also a very lazy person and I was tired of climbing things on this trip. My calves were still sore and blisters were popping up daily from my jaunts in Dubrovnik and Kravica Falls in Bosnia. According to my phone I climbed the equivalent of 50 floors so far on my trip, so yea, I changed plans.

After another great breakfast, I did a quick google maps search to look for anything that caught my eye nearby. I saw that Albania was only a hop, skip, and a jump away from Montenegro. Since I had a car rental, I knew traveling to a country I have never even imagined visiting would be a breeze. The next step though was actually finding something to visit over there. I definitely did not want to just do a drive by because it would knock 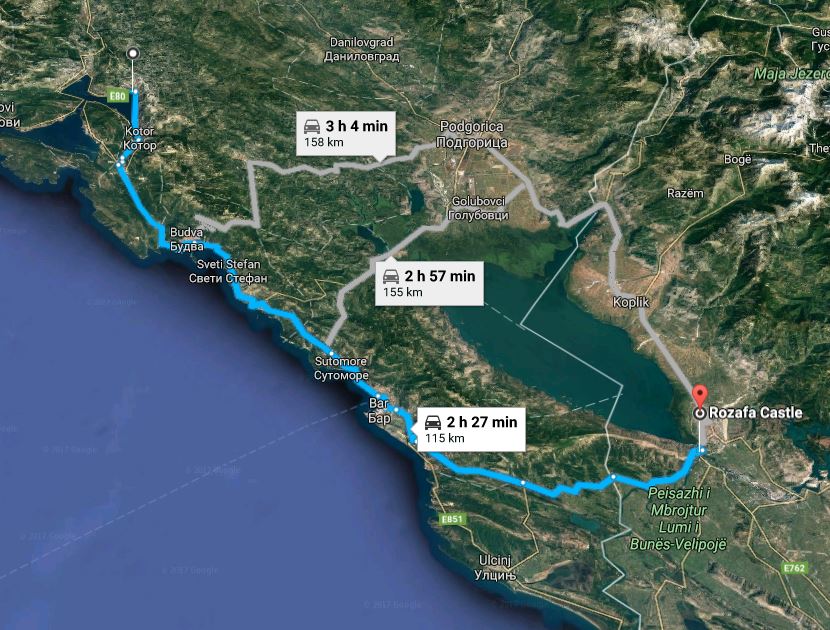 another visited country off my list and I really wanted to do something to remember the country by. After some more intense map searching and googling, I found out that there was a castle in Shkodër, Albania. I got to visit a castle in Heidelberg, Germany and it was so gorgeous but Rozafa Castle in Albania was a ruins and it was going to be a completely different experience. Sign me up!

I set off quickly thereafter in my little Seat rental car and boy did the coastal towns of Montenegro not disappoint! The pristine water, the charming little orange roofs, and the crazy, mountainous curves that I feel like I handled like a true European. And the roundabouts – oh how I wish there were more roundabouts in the America because they are soooooooo much more efficient than the traffic lights my country favors. I got to listen to the local 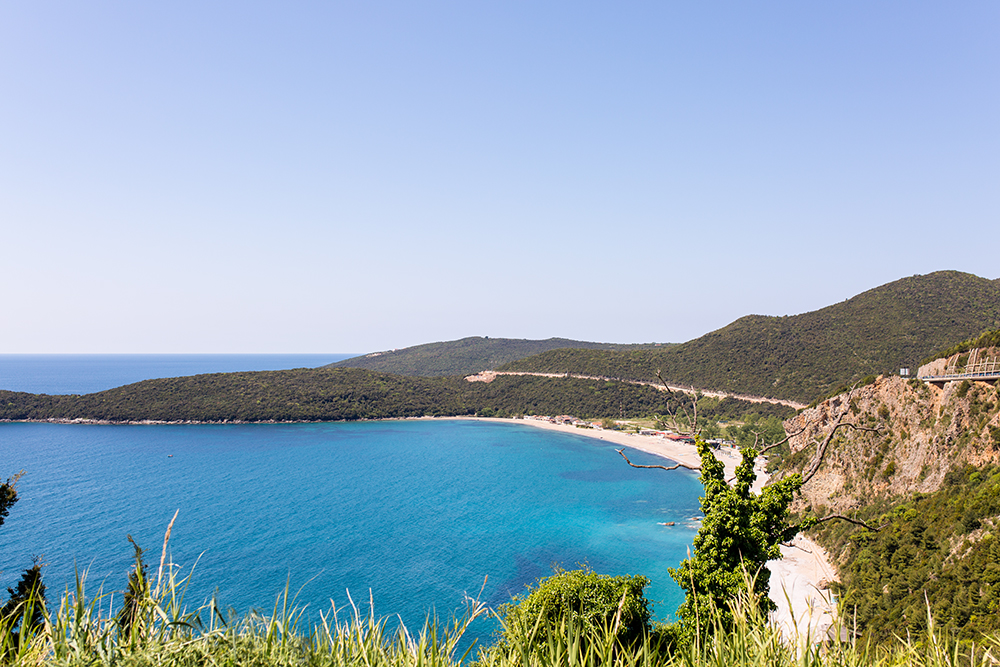 radio stations in languages I couldn’t understand but had songs by top American artists, oldies, and even Disney songs like Beauty and The Beast.

As I got further from the coast, I started my upward ascent into the mountains and got on roads that were less and less maintained. Much like my trip into Kotor where I was a major wimp, the roads were turning essentially into dirt roads with no barriers to stop my imminent death off the mountain. Surprisingly, I managed them with minimal fear. Maybe I was acclimating to the European lifestyle, who knows?

As I got closer towards Albania, the villages were few and far between and you can definitely see an income gap between the much more popular coastal towns. You see the signs that warn about cows as you are driving and I remember thinking nothing about it. But with rural villages brings rural characters and incidents: a farmer walking his cow down the road on a leash, almost running into a herd of sheep just chilling in the road like it was there usual spot, and sooooo many kids 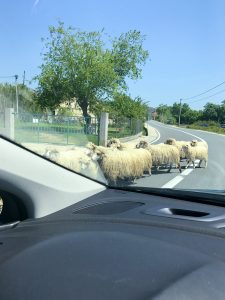 playing sports in the middle of the road. All of those things made an interesting road trip.

My arrival into Albania was greeted with a lovely border guard telling me that I was so beautiful that of course he had to let me into his country. Albania knew how to greet a girl! But immediately, I saw tons of abandoned buildings that were destroyed from the recent conflicts the country has experienced.

Shkodër, a bustling city, was crowded and full of drivers who used lanes lines as a mere suggestion but paid no heed to them. Aside from that, I tried to follow my GPS which seemed a bit confused on where we were going and instead, much like my Kravica falls adventure, I relied on posted signs for the castle. After missing the hidden road and banging a U-turn like a local, I found the road and began my incline in the roadways I have longed determined were the usual for this area of Europe – extremely steep and extremely narrow. 10 minutes later, I park in a small group of parking stops and lo and behold, I had a good climb on the very smooth and slippery cobblestone road up to the actual entrance of the castle. I forgot my tripod in my car for my phone and I can tell you this – this lazy girl did not go back and get it.

Entrance fee into the castle was a mere 2 Euros! Rozafa Castle in Albania, although more ruins than actual castle, was incredible and rundown but exactly what you would imagine – stone ruins on the precipice of a hill. Dark and cold in some places, open and airy in others, it was truly an incredible place to visit. The views though were what really made it worth it! 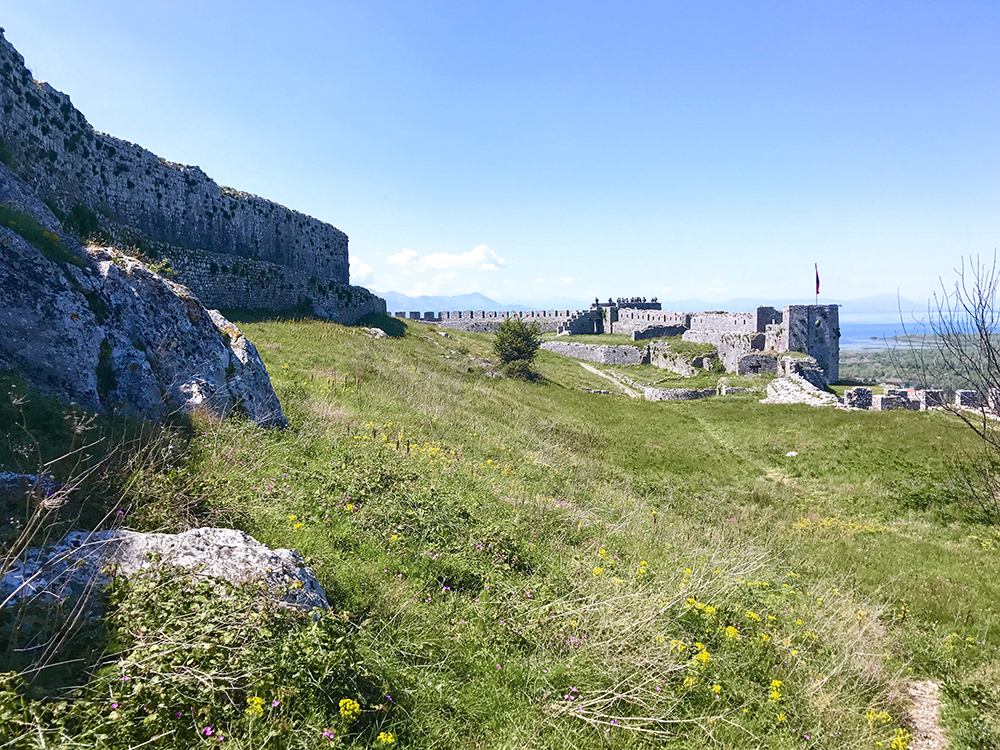 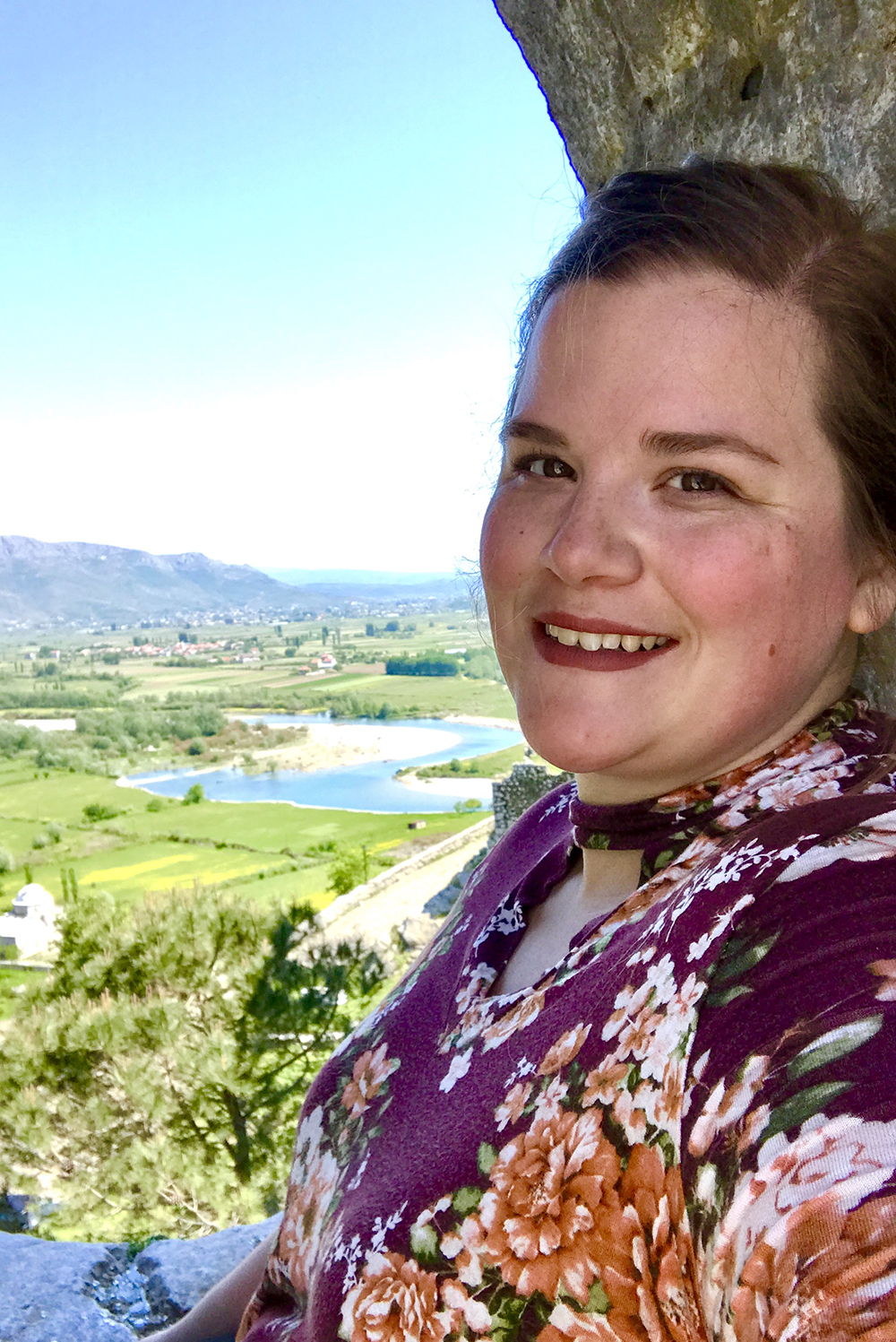 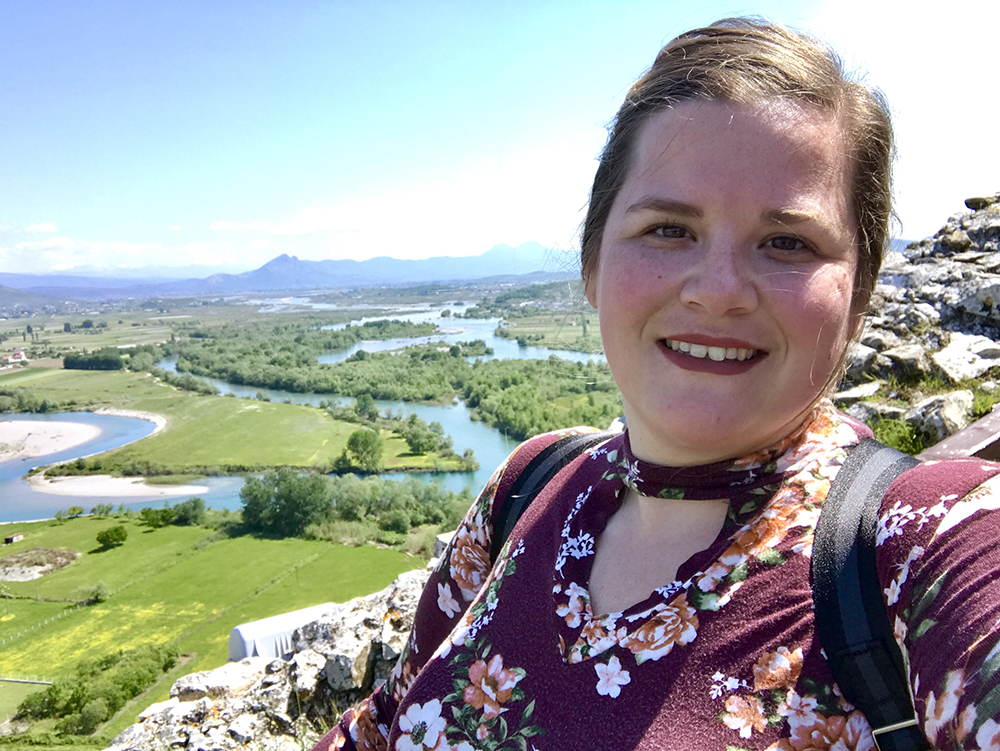 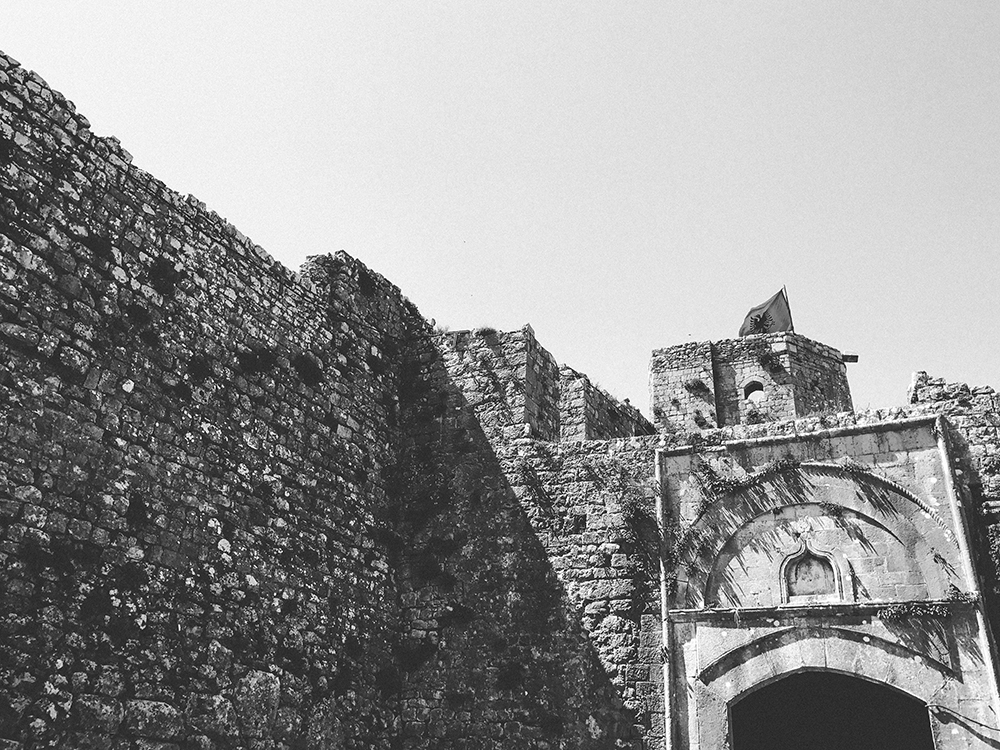 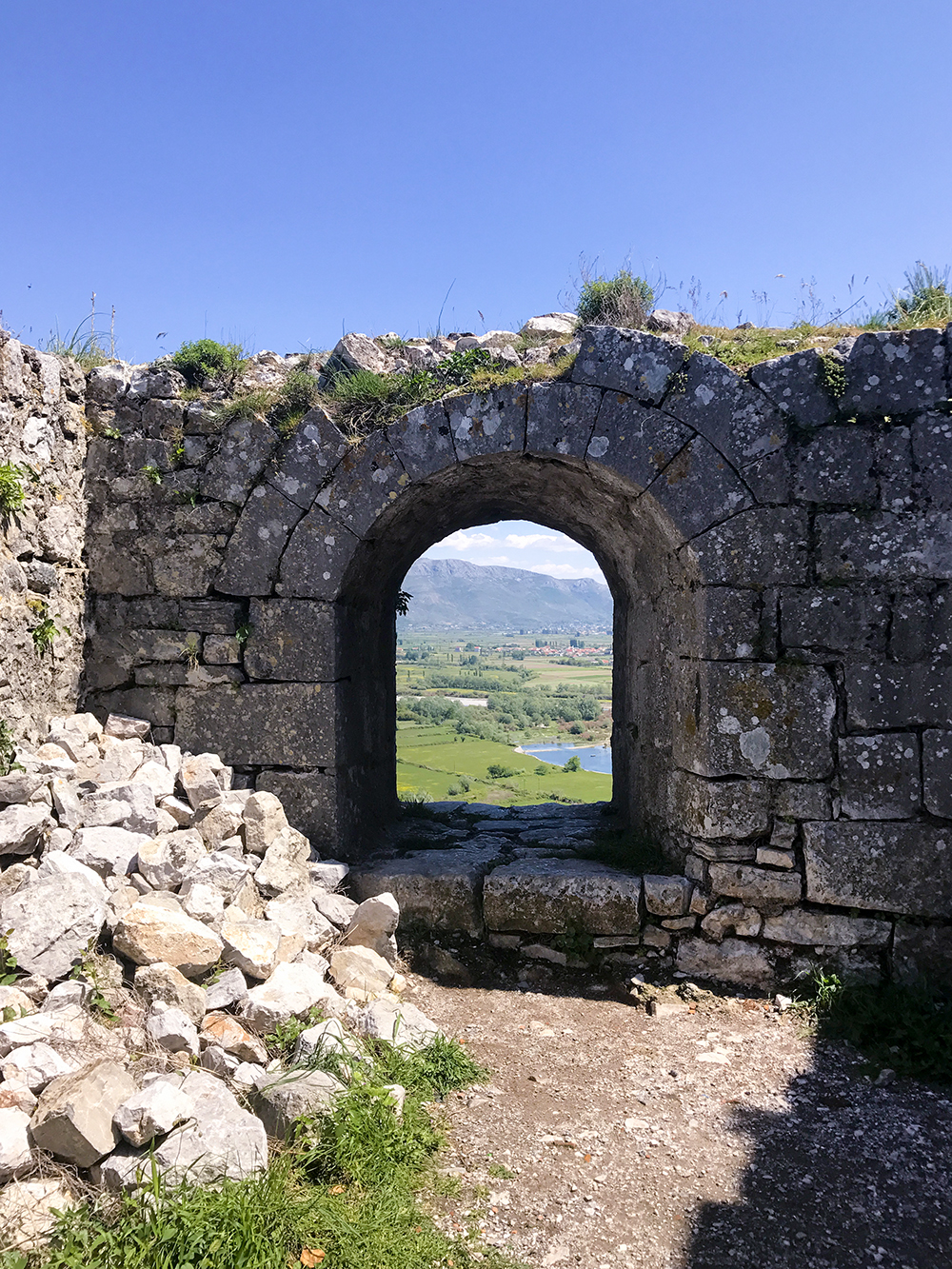 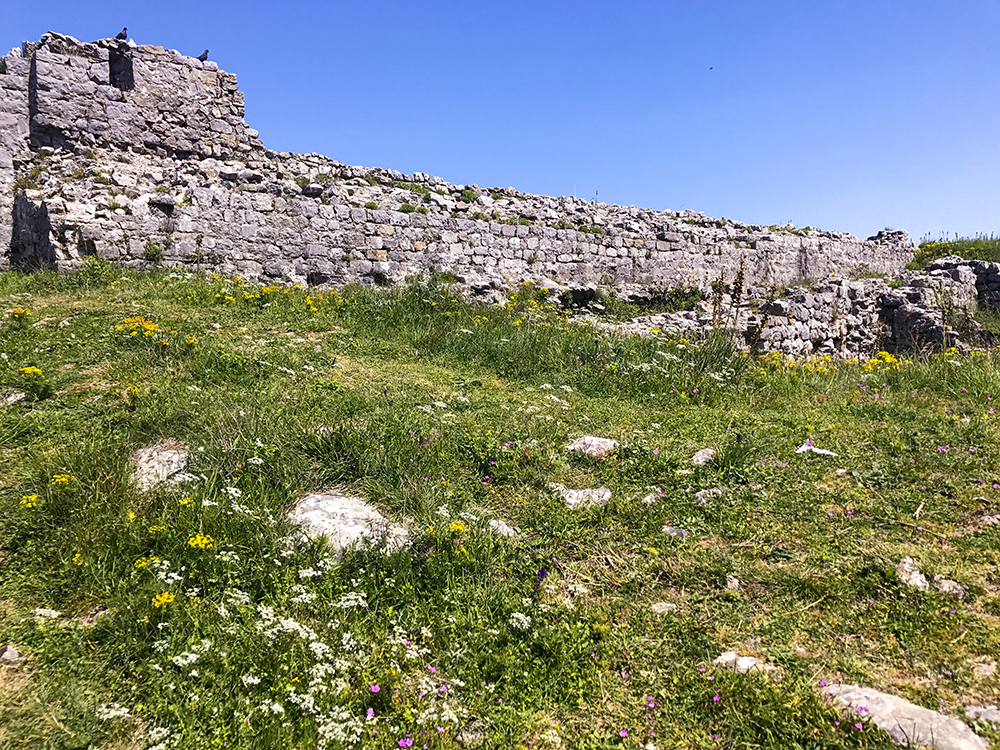 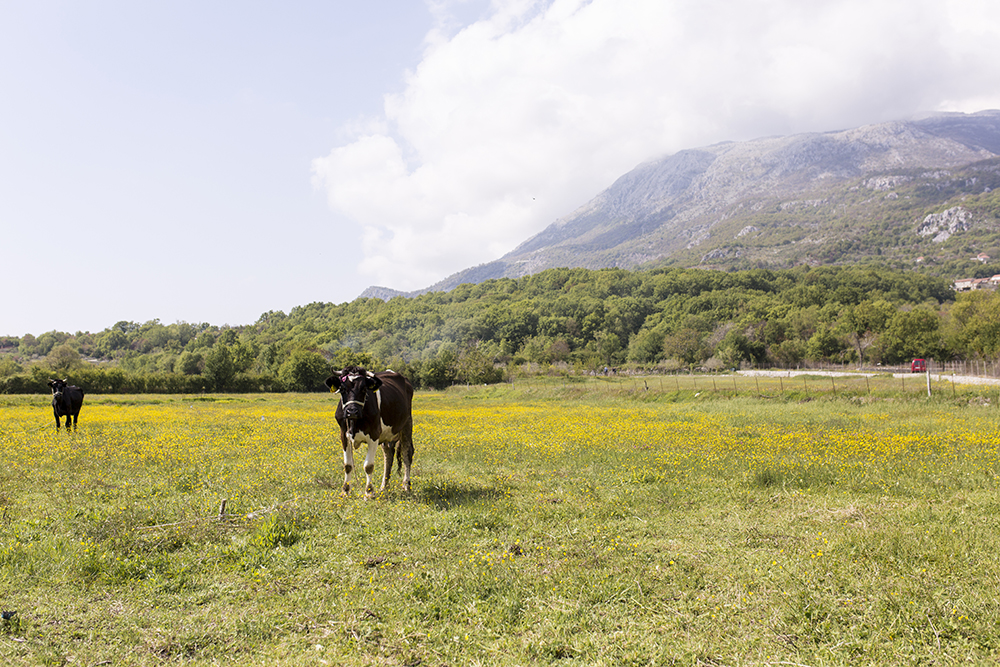