After spending a fun filled day in Dubrovnik, I head to the airport and grabbed my rental car, set the GPS to a city near the most gorgeous waterfall, and began the curvy and mountainous drive along the coast of Croatia into Bosnia. But first, I had to snap a few more photos of the gorgeous blue Adriatic Sea in Croatia. 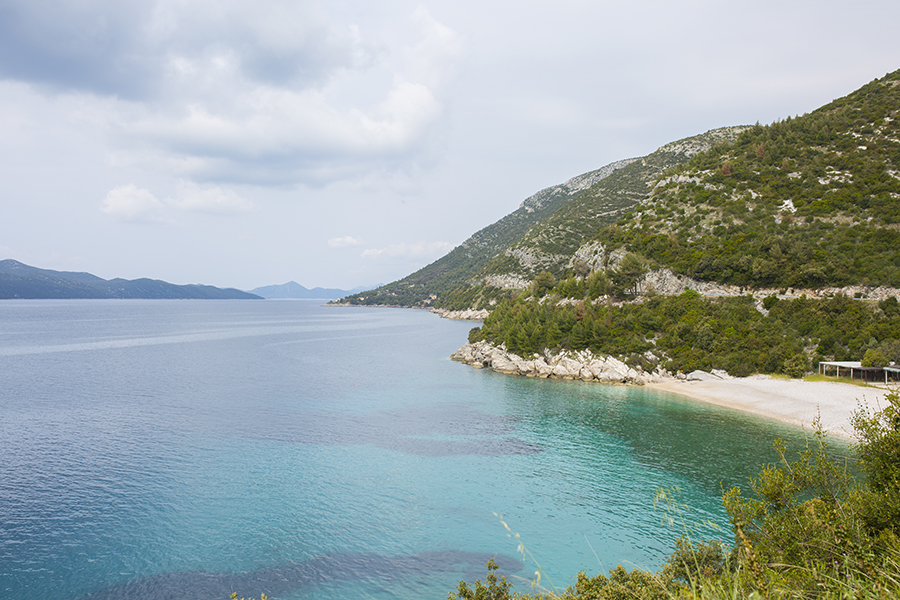 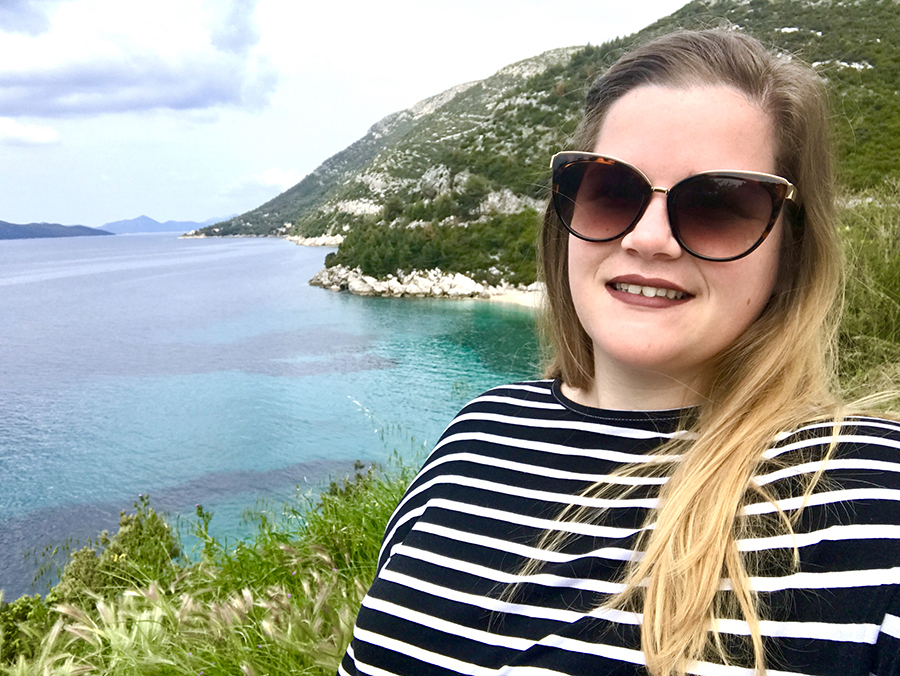 After researching my trip to Croatia, I saw the lovely Plitvice National park which has some gorgeous waterfalls in their own right but it was a much farther drive than I really wanted to do and it was also in the opposite direction of where I was staying for the night (Montenegro). I was really bummed out but I stumbled upon a travel blog that talked about one of Bosnia’s best-kept secrets: Kravica Falls. To my astonishment, it was almost exactly like Plitvice but perhaps on a smaller scale? Don’t quote me on that because I am not sure of the exact size of either of them in comparison to each other.

But it had the same aesthetic and same gorgeous water as I envisioned Plitvice. And let me say this, Kravica Falls was

pretty much every word I could say about it’s beauty is in my mind. 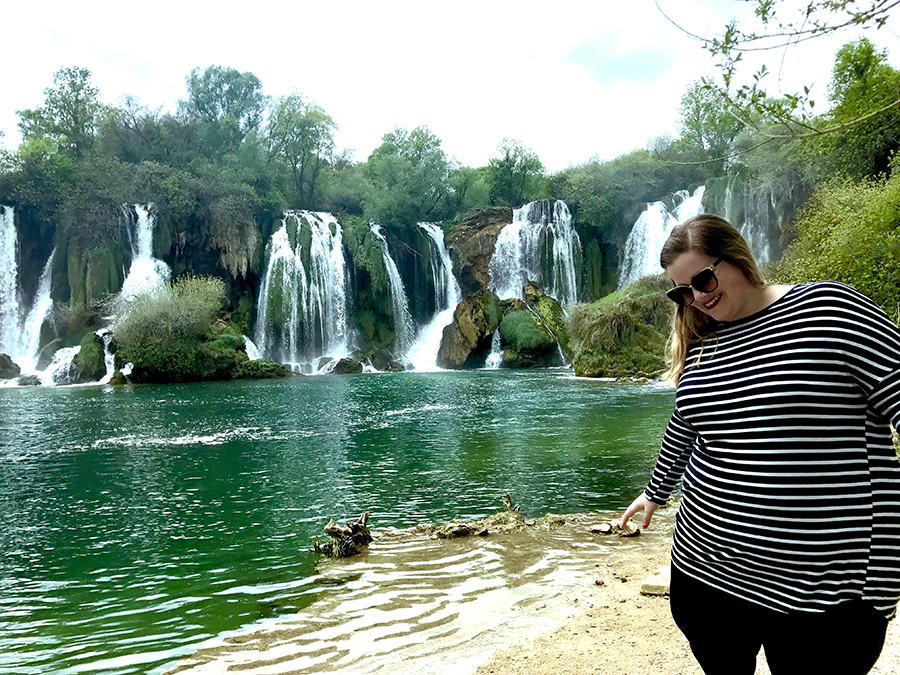 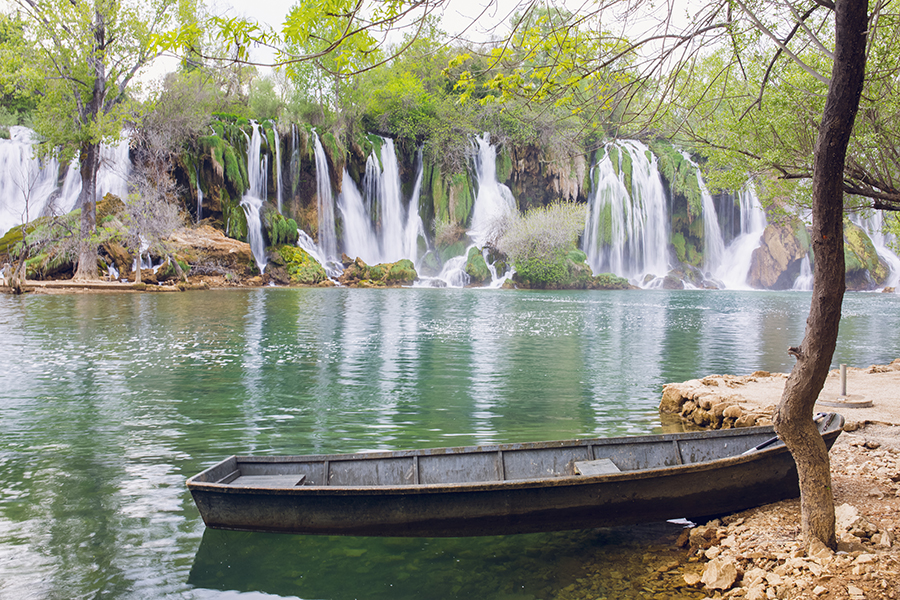 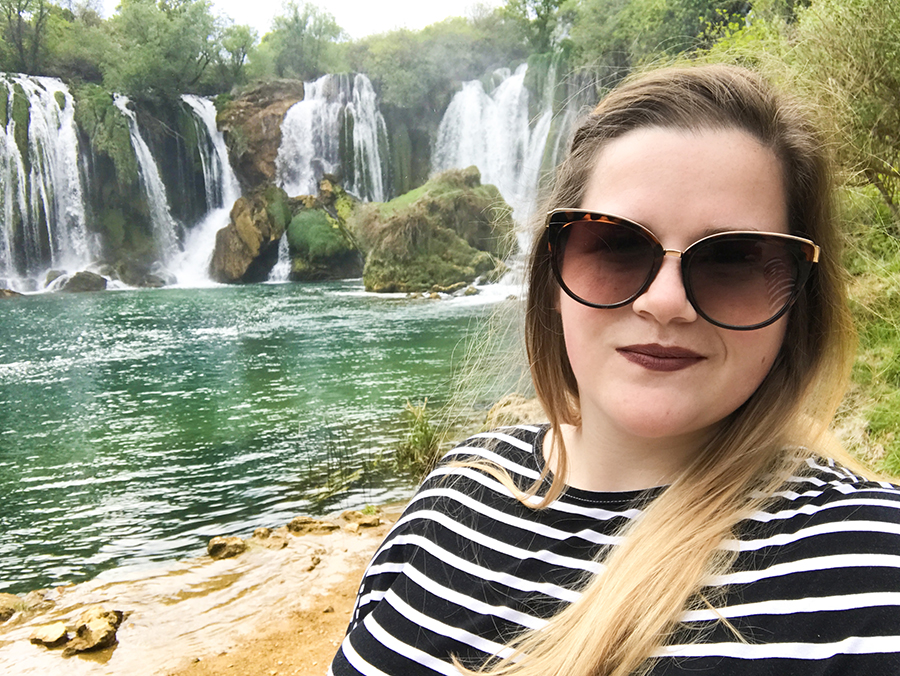 I didn’t care that I had to hike down a gazillion stairs and then hike up what felt a bajillion cobblestone uneven stairs. It was so. worth. it! I think the theme of the trip is the more stairs you have to climb, the better the experience. Or maybe I persuaded myself with that idea.

Getting to the waterfall was not very easy since I was unable to find a clear address. Although GPS is wonderful, I like to think my map skills are pretty above average though. Before I got in the car, I knew I had to have all my ducks in a row since I wouldn’t have access to internet. One of the first things I recommend you do if you want to go to this stunning place is pull it up on a map. What I found to be the easiest task is find the nearest city, Studenci, and put that in my GPS. I winged it the rest of the time because I hoped that the area was either signed well or I could ask someone if I needed to while pointing at a map screenshot I had on my phone. Luckily, I followed the brown “Kravica Falls” attraction signs that popped up!

Bosnia was just unreal. Yes, the areas I drove through were of a MUCH different standard of living than we are used to in the US, and yes, a lot of the buildings were run-down or abandoned from the recent conflicts, but after leaving Kravica Falls and beginning my trek to Montenegro, the mountainous roads were so beautiful.