Everyone has a bucket list! I know that I do and you should go check it out! One of the coolest things I never knew that should have been on my bucket list was the Palio race in Siena, Italy. 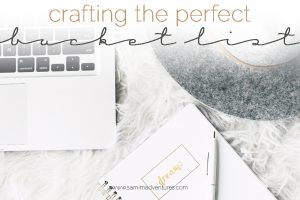 Perhaps one of the biggest draws to the medieval Tuscan town, the no-rules Palio horse race occurs twice a year in the summer; once on July 2 and the other is August 16. I was lucky enough to go to the July race in 2011 when I was studying abroad for the summer in Siena. For every race, 10 of the 17 contrades neighborhoods are represented by a jockey that rides his horse around the Piazza del Campo in a fast-paced, heart-stopping 3 laps that lasts about a minute or two. The winning neighborhood secures bragging rights and superiority until the next race. Y’all – this is a huge deal to the Sienese people. The parades that they have leading up to the races, the horse lottery, the jockey selections, it is all serious business. I wanted to share with you why the Palio horse race in Siena, Italy should be on your bucket list! 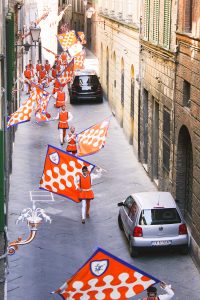 One of Siena‘s most distinguishing characteristics is the 17 contrade. Imagine a large close-knit family living in a neighborhood supporting each other and embracing the same rivalries.

Each of these contradas has its own government entities, museum archives, and their own representing symbols, colors, and flags. Although I stayed in Leocorno (Unicorn) for the duration of my trip, I supported the Civetta Contrada because they were the owl Contrada. Each Contrada has parades leading up to the race. You could literally be walking down a street and all of a sudden you hear drums and Italian singing and you know a parade is near with their tights and flag twirlers. It is supposedly a right of passage to be in the parade groups. Check out the cutie Italiano from one of the parades that surrounded me.

Obviously taking place before the main event, the horse selection lottery is just as intense as the race. We packed into the Piazza and watched them randomly select which contrade would participate. their starting places, and which horse they got to race with. Although I couldn’t understand the Italian, there was a clear undercurrent and reaction when a Contrada got a good horse or what was considered a poor choice. The atmosphere was practically vibrating when a huge mass fight broke out between two contrades, one of them being Oca (the goose Contrada). 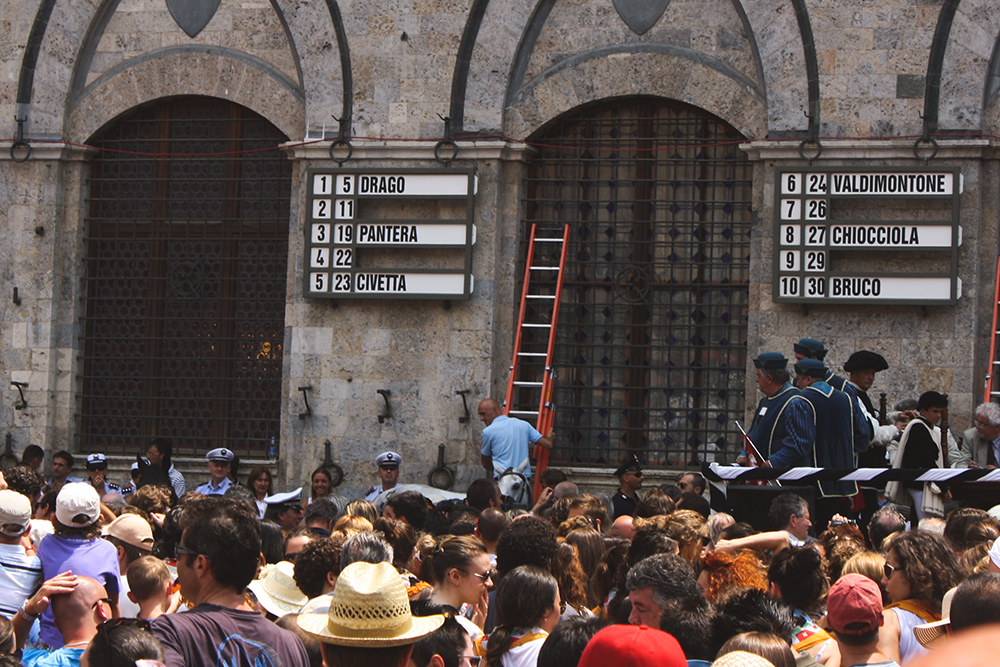 The night before the race, a few of my friends and I got to eat at the Oca Contrada dinner, and if you can find a way to swing that, do it! We did it through Dante Alighieri, the school that we were taking language and cooking classes at! The guy with the sunglasses that sat beside me had the biggest shiner under his glasses from the horse lottery fight. He tried to speak broken English with me and was totally adorable. 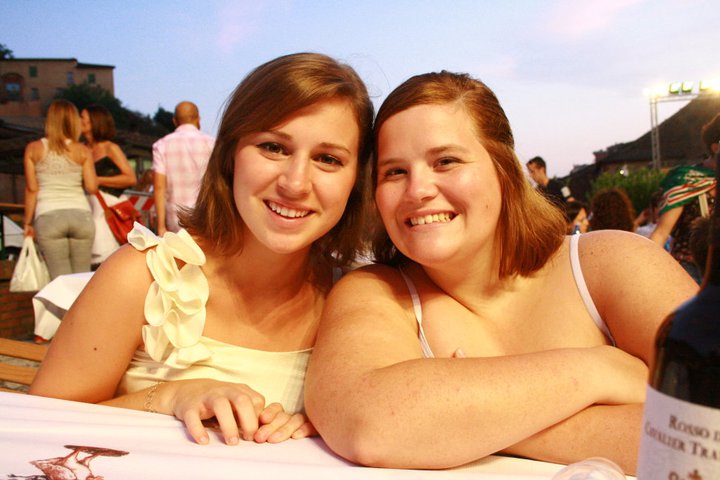 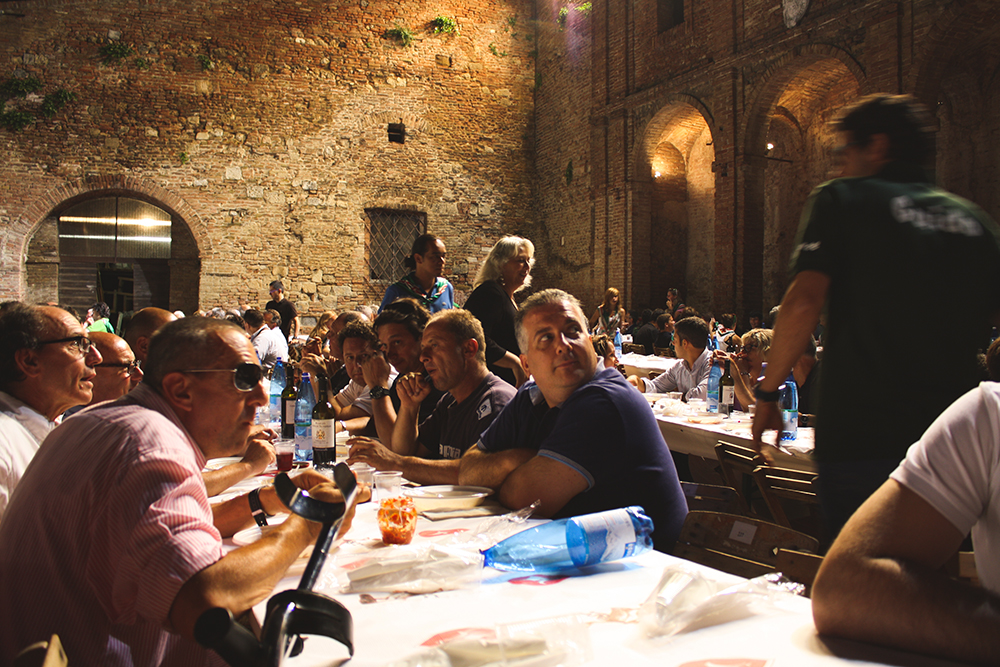 On the day of the race, I remember packing into the Piazza hours before the race much like the lottery selection. It fills up pretty fast! Once they seal the interior walls, you are confined into the middle of the piazza until the race is over so I definitely recommend you drink lightly for bathroom reasons! After much pomp and circumstance, the race starts and is over before you know it. I wore the Civetta flag around my neck mimicking the Sienese. Unfortunately, they did not win but Oca did! 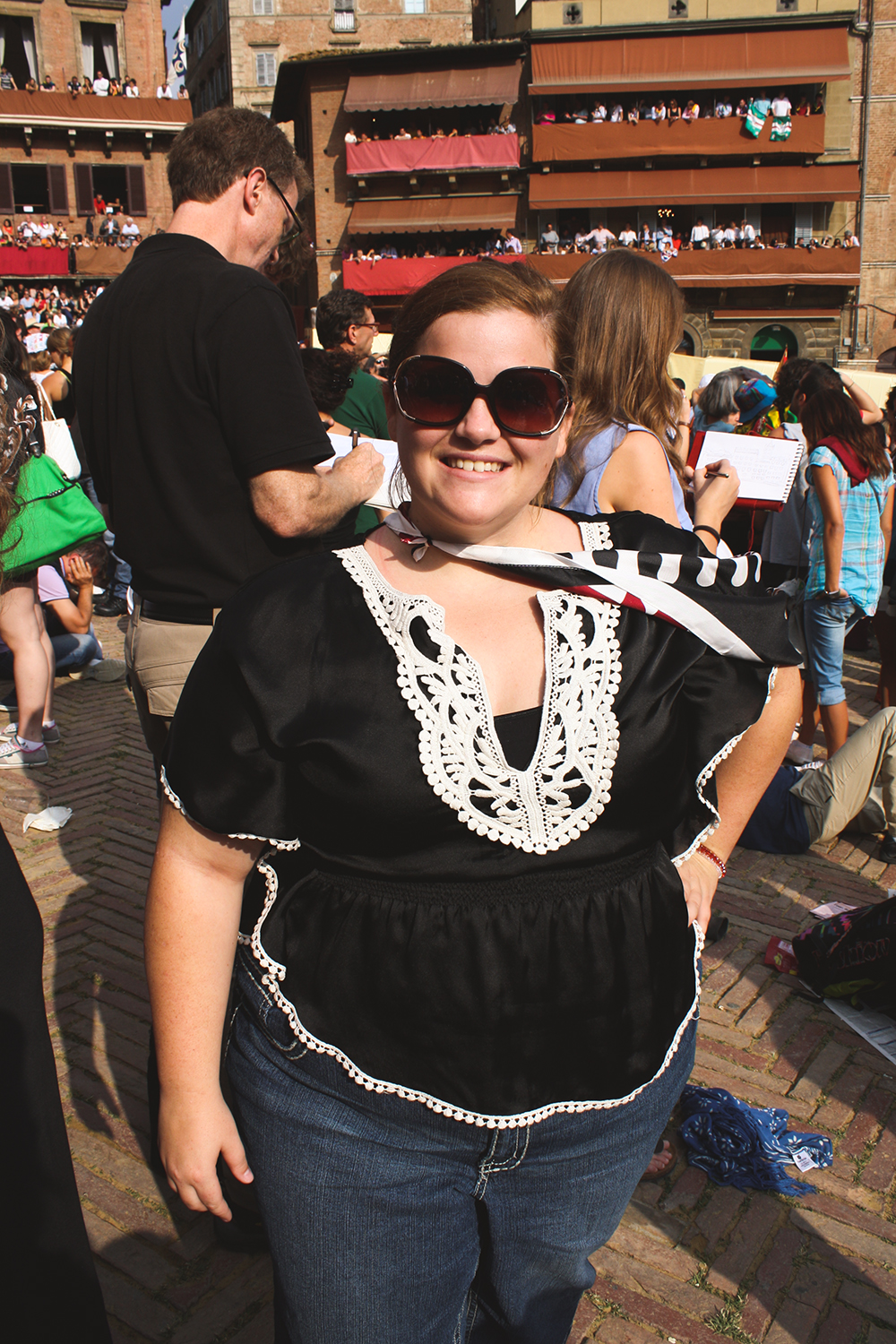 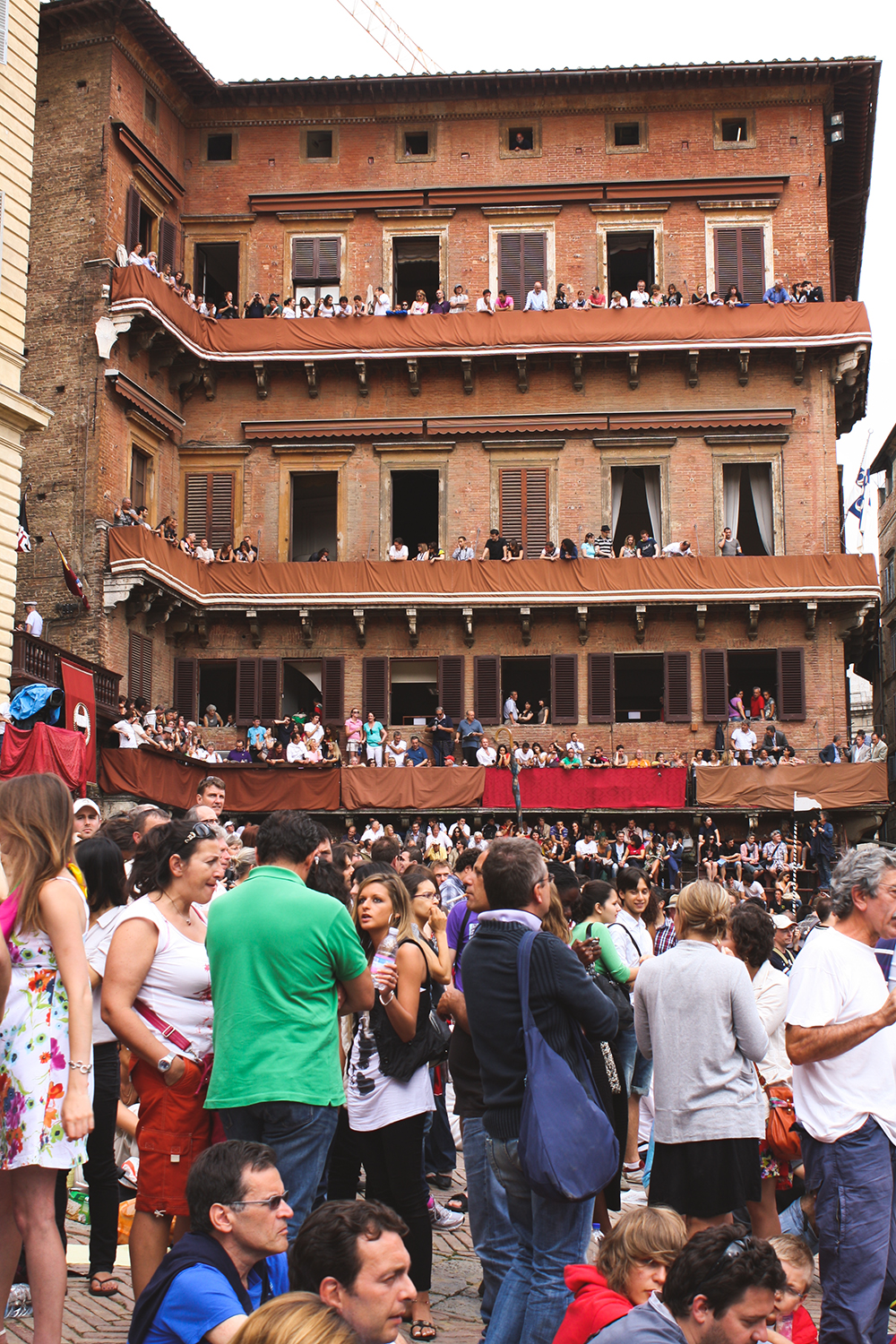 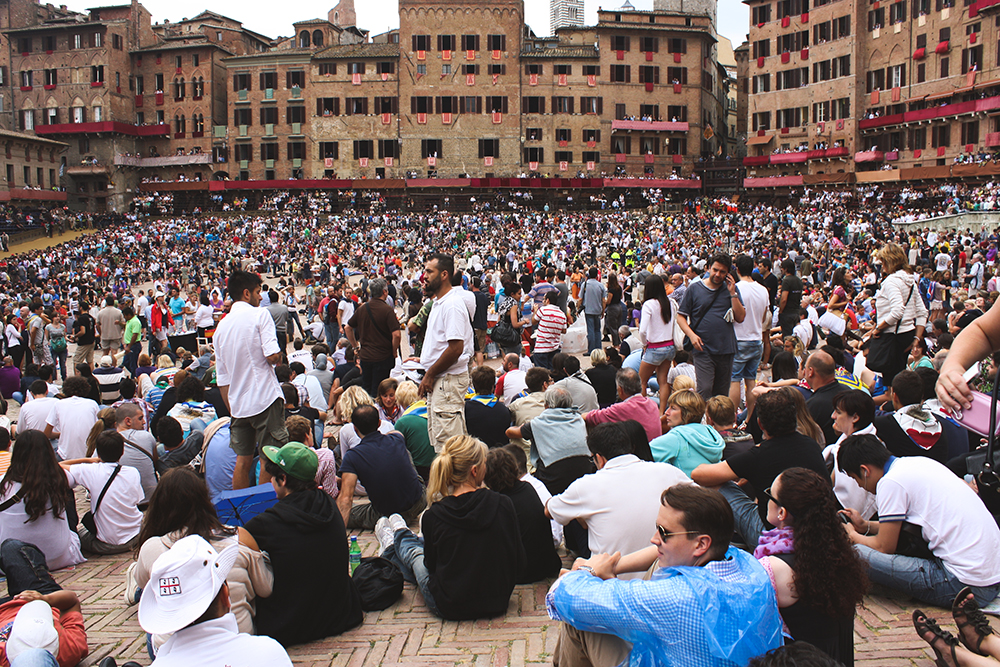 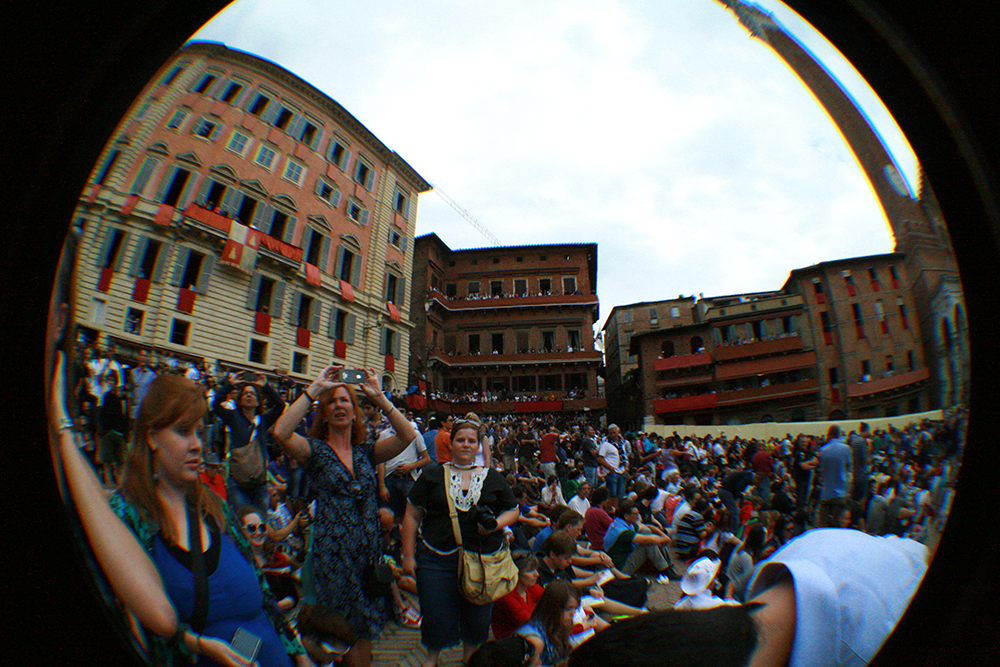 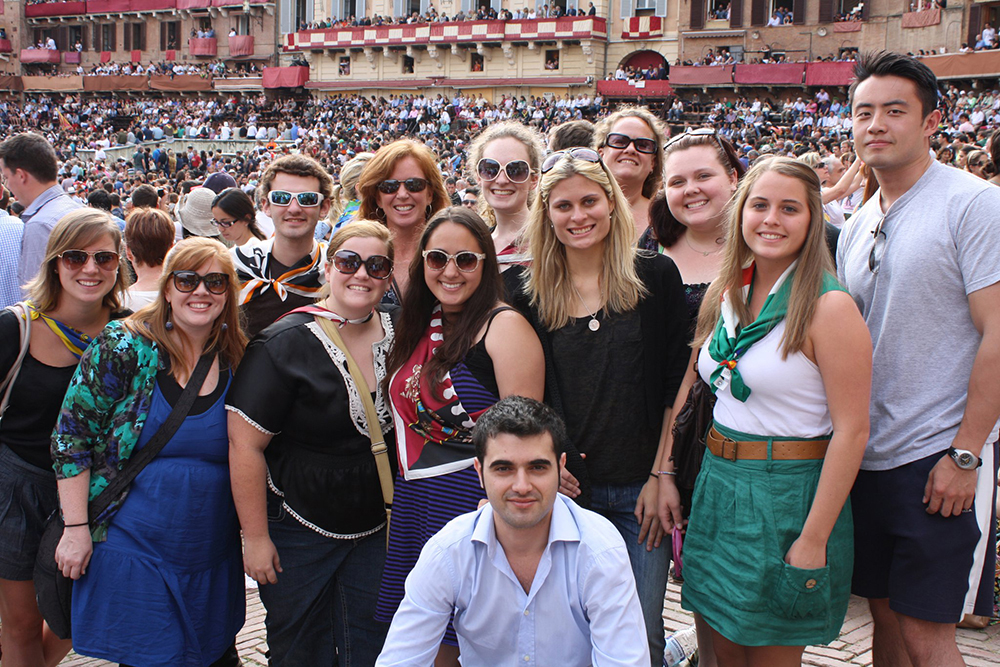 The winners gloat for DAYS. Over a week later, they were still prancing around with the winning horse, toting the winner drappellone banner, and treating the winning jockey as king. 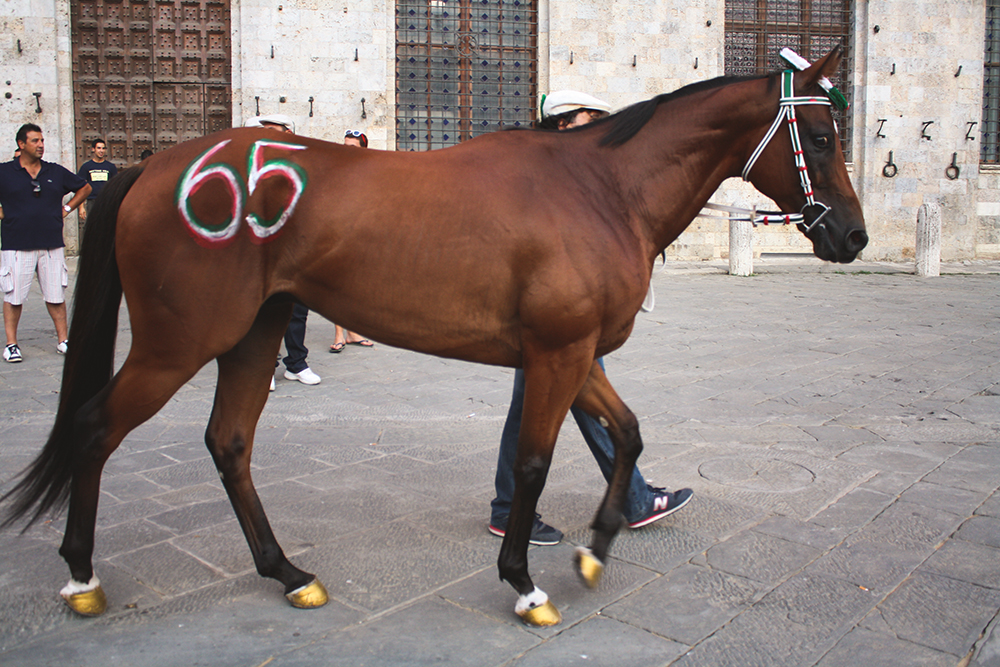 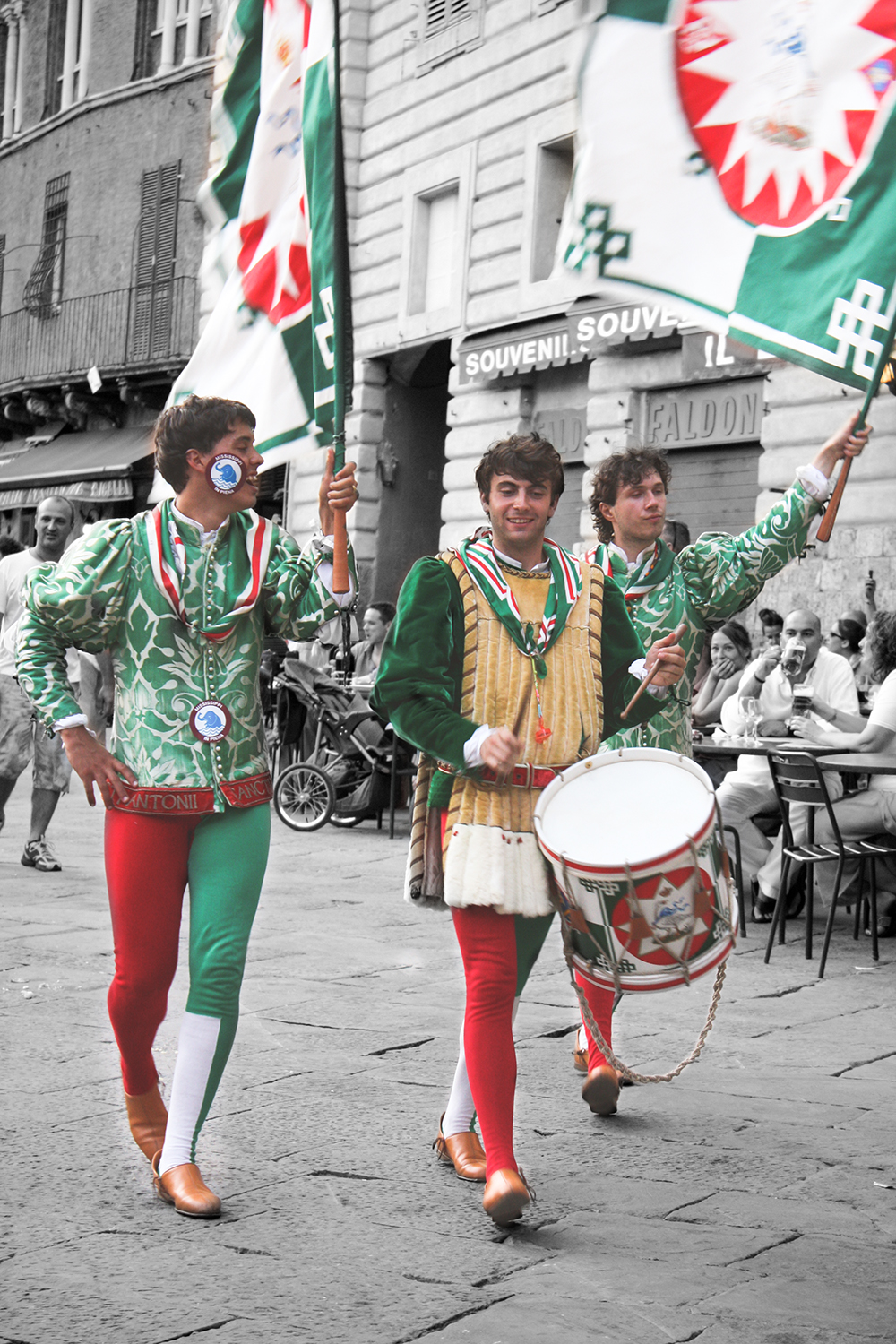 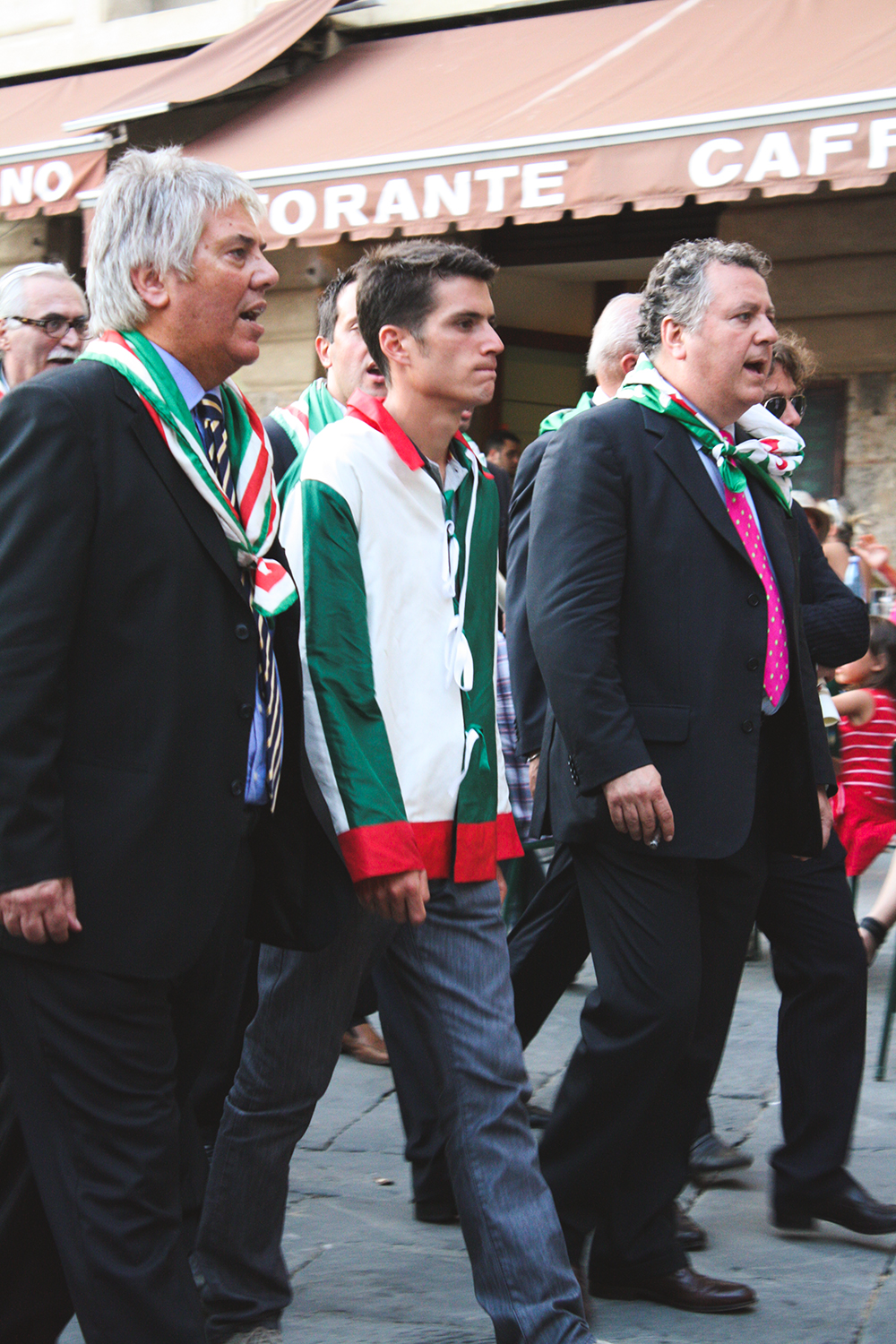 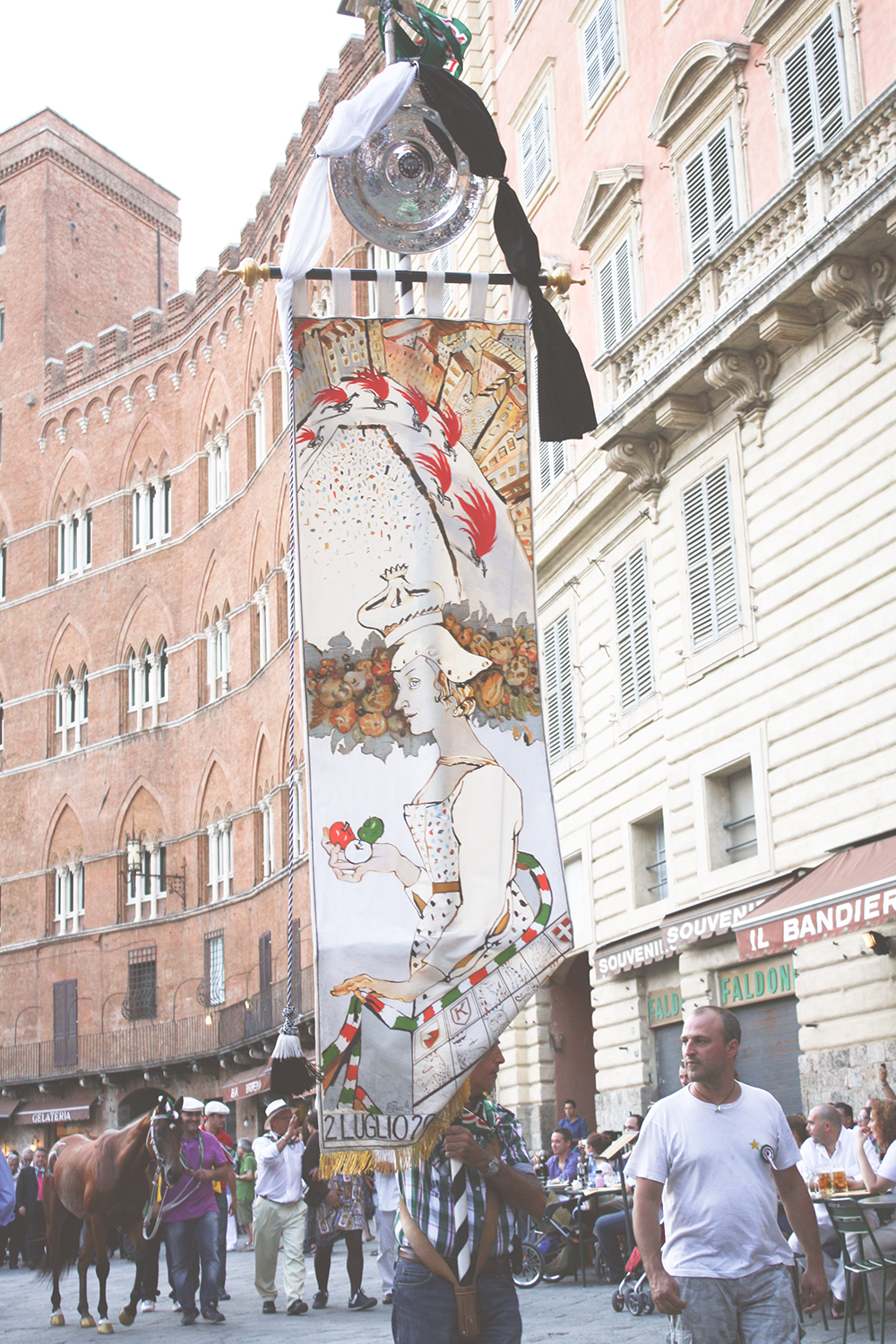 The Palio horse race in Siena, Italy is a fun Italian event and definitely left an impression on me five+ years later. It was such an experience I wouldn’t trade for the world!

Are there any special events or places you have recently added to your bucket list? Let me know because I may want to add it to mine!